Here is a new collection and curation of the newest Nigerian songs released over the past
week. We feature songs from your top artists based on the stats from digital platforms, we are talking streams and downloads. Most of these songs were from albums recently released a couple days ago.

#Tiwa Savage teamed up with #Davido (Baddest) for this wonderful love track titled “Park Well”, produced by Speroach Beatz.
“Park Well” featuring Davido is taken off Tiwa Savage new body of work – CELIA #album… About
this track the African Bad Girl, Everybody knows I do love songs, so I had to have a love song on
here. Davido is also known for giving us great love records like ‘If’, ‘Fall’ and ‘Fia’.

“Slow Burner” is a new single from music influencer #Larry Gaaga featuring emPawa golden boy, #Joeboy. This song is a follow up to his previous release “Hold On” which had #M.I Abaga and Ghanaian singer #Efya. “Hold On” wasn’t that regular record with loud, banging beats and catchy #lyrics, It’s a conscious song that talks about Survival, motivating oneself to be a warrior, champion & an overcomer in life
Larry Gaaga whose real names are Larry Ndianefo had already infiltrated the Nigerian music industry through a multidisciplinary assault of songwriting, production, management, entrepreneurism, and of course, singing.

Talented disc jockey and recording artiste, #Cuppy teams up with YBNL’s raving golden boy, #Fireboy
DML for this “FEEL GOOD” song.
“Cuppy x Fireboy – Feel Good“… Florence Ifeoluwa Otedola, also known as DJ Cuppy or Cuppy is a
Nigerian DJ, Artist and Curator. She is one of Africa’s most well known and international DJ with musical hits under her belt. She just released her debut album ‘Original Copy’ and off the new body
of work is this joint with Fireboy title “FEEL GOOD”, produced by P.Prime.

Serial hit-maker, #Adekunle Gold comes through with this impressive single titled ‘Pretty Girl’, featuring Patoranking.
On the new track titled ‘Pretty Girl’ Adekunle Gold and Patoranking collaborates for the first and it is
so amazing.
However, ‘Pretty Girl’ is lifted from his latest project dubbed ‘Afro Pop Vol .1’ which is a 10-track album.
In addition, the new project ‘Afro Pop, Vol. 1‘ boasts of entertaining features such as #Tekno, #Nailah Blackman and others.

Cuppy comes through with this tune “Litty Lit” featuring #Teni, produced by Pheelz Mr producer.
Exciting young DJ and producer Cuppy has released her debut album- Original Copy and off it
is this banging track with Teni titled “Litty Lit“.
Makanaki aka Sugar Mummy blessed her with a Hit vocals and vibe.

Nigerian sensation, Adekunle Gold has released this amazing track titled ‘Firewood’, off his latest
project titled ‘Afro Pop Vol.1.”
On this impressive tune he collaborates with Nigerian record producer and artist, Tekno who had
perfect verse.
The new single is coined from the popular Nigerian street slang “body no be firewood” which means a
human being is not a machine that runs relentlessly and then gets replaced.
SOURCE: https://tinamagazine.com/2020/08/top-10-nigerian-songs-2020-naija-afrobeats-august-week-4.html

DOWNLOAD NOW » “Three Album by Patoranking” Full Album Is Out 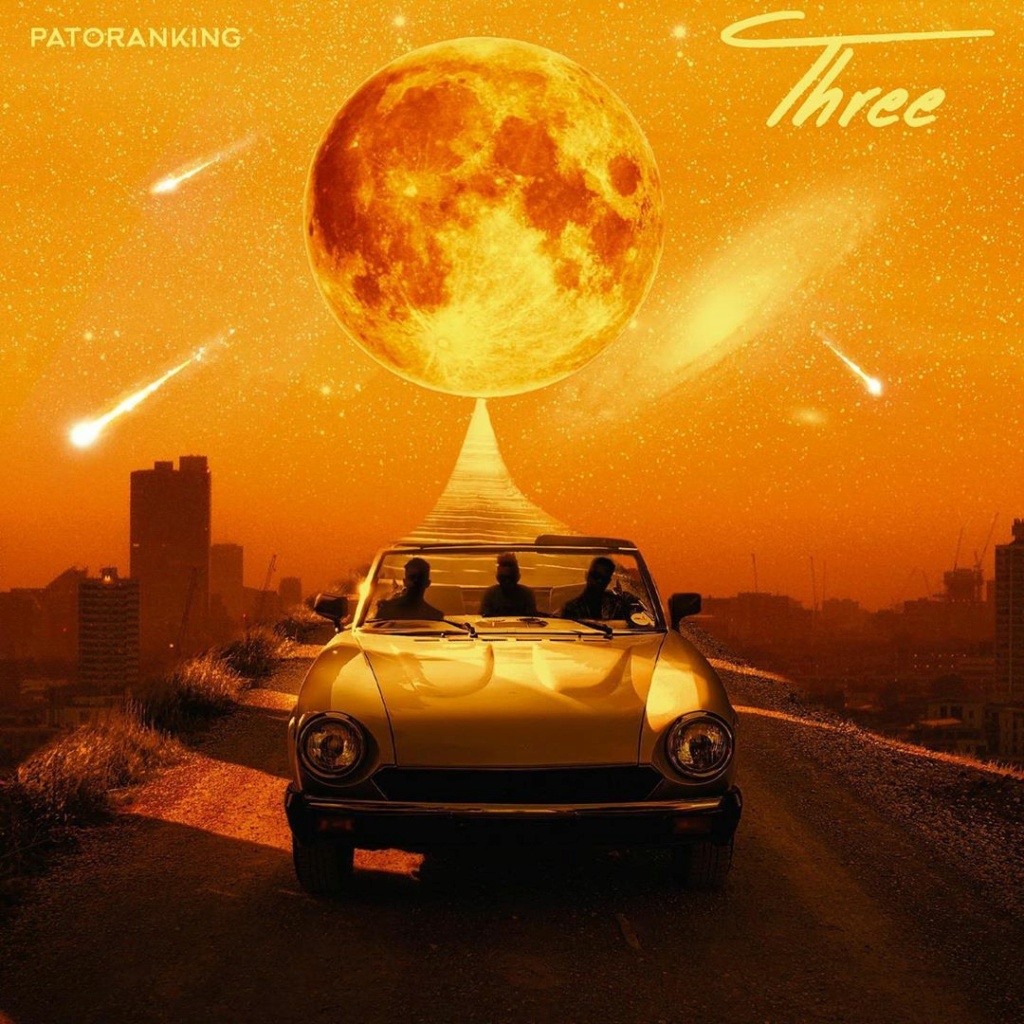 Nigerian reggae dance-hall singer, #Patoranking comes through with the long anticipated music album
"Three".
Patoranking’s Three explores themes of life, love and joy with #Sauti Sol, #Tiwa Savage and others each adding their own regional flair. Afrobeats, reggae and R&B coalesce with dancehall and fuel the percussive power of “Yo Body”, while the highlife “Odo Bra (feat. #King Promise)” and tropical grooves of “Abule” melt
into the rousing reggae cut “Lion In the Jungle”.
The new #album project consists of 12 tracks which includes already released songs "Abule"
See Track List below:- 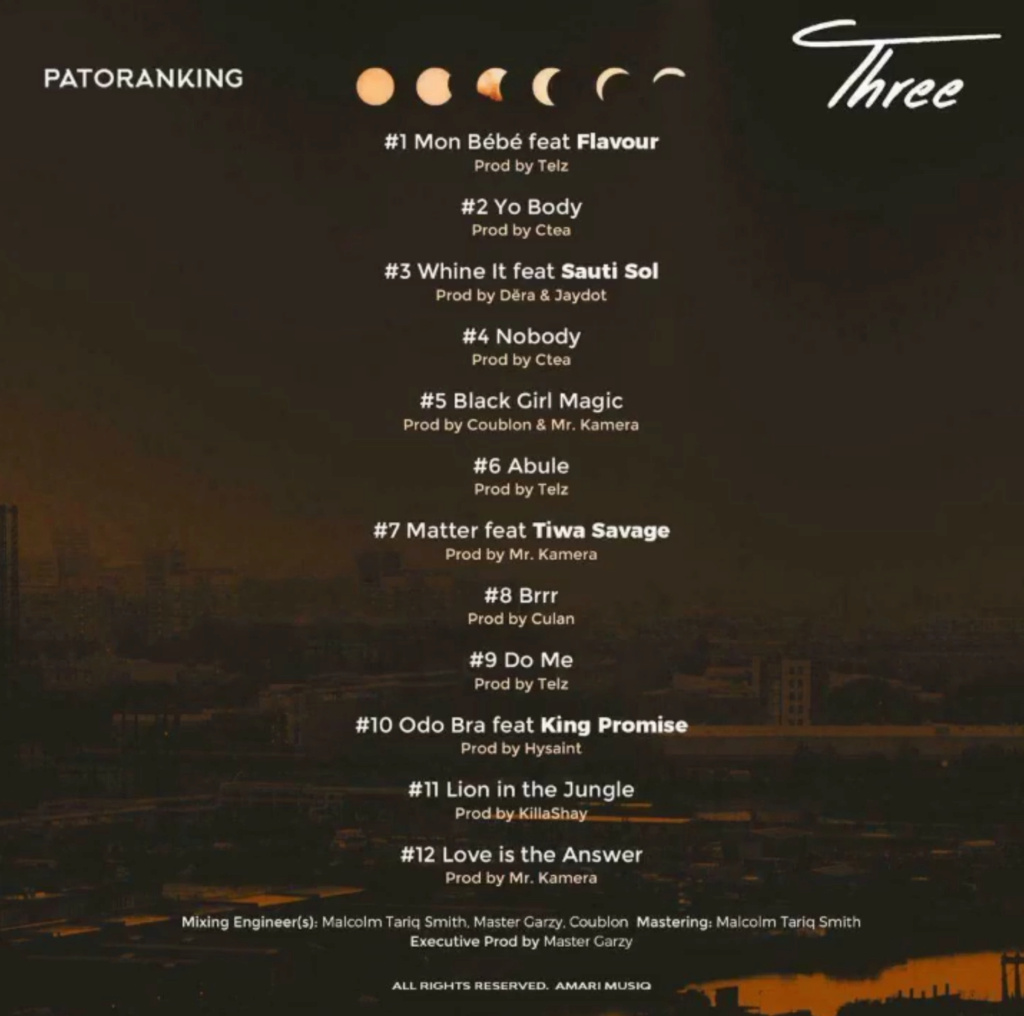